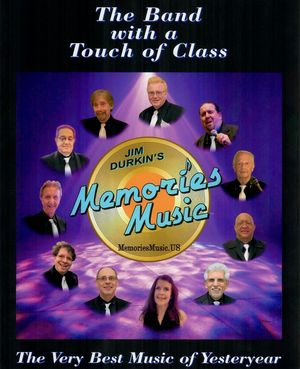 Welcome to The Symphonics Website
All our tracks are Live Recordings, this is what we sound like, LIVE.

Call For Pricing and Bookings:

Next question, Why don't we use a band?

This is a simple one. Musicians that play the kind of music we play usually are playing music for a living. They work 3 to 5 nights a week and go where the money is. We are limited in our gigs because we all have day jobs and family's. The next issue is cost, if we added a band our cost would be at a price that we could only do large venues. Using electronic tracks (not mp3's or studio tracks) we can control each instrument. Most all groups use some kind of sequence or have more than 8 people in the band and that brings us back to cost. Our music is played on Roland MIDI sequencers and we have 2 on at all times. The more people you have in a band the more opinions you have to deal with which at times creates more trouble than it's worth. The last reason is that for all the years we have each been playing, we have connected with so many people that they enjoy the songs we do. We are always learning new songs from yesterday to today and getting new fans every night. We also do sound from the stage and have 10 mixes going plus 2 main mixes. We are happy making a fair amount of money and still able to play local venues.
Thank you to everyone who supports The Symphonics. We plan to give you our best each and every night and remember we are a vocal group with tracks.

Question was, Who were the original Symphonics.

The group started in 2002. The members were; Steve Vervaet, Michael Schiavo, Rich Gutches and Joel Katz. Joel left the group after a few months and was replaced by Gary Bonner who wrote the song Happy Together and performed by Flo and Eddie (The Turtles). Gary left the group after 6 months and was replaced by Ron Febba. The group continued on until 2011 when it was revamped to the current lineup.

The picture below is from our first gig. We welcome your comments and suggestions.
Please let us know what songs you would like to hear.
All our tracks are Live Recordings, this is what we sound like, LIVE. 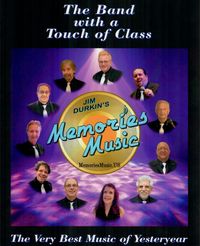 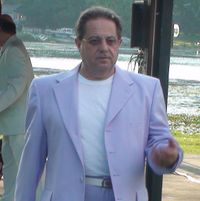 The Symphonics Steve, Allan and Hal 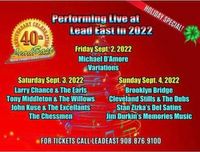 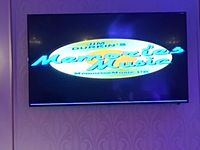 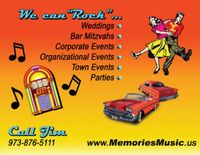